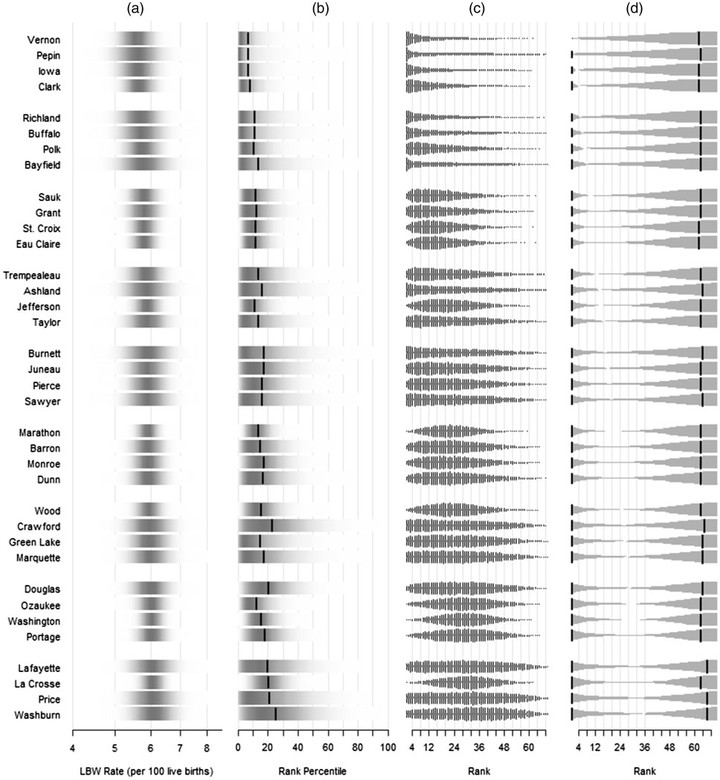 It is fairly common to rank different geographic units, e.g. counties in the USA, based on health indices. In a typical application, point estimates of the health indices are obtained for each county, and the indices are then simply ranked as if they were known constants. Several authors have considered optimal rank estimators under squared error loss on the rank scale as a default method for general purpose ranking, e.g. situations where ranking units across the full spectrum of performance (low, medium, high) is important. While computationally convenient, squared error loss on the rank scale may not represent the true inferential goals of rank consumers. We construct alternative loss functions based on three components: (1) the inferential goal (rank position or pairwise comparisons), (2) the scale (original, log-transformed or rank) and (3) the (positional or pairwise) loss function (0/1, squared error or absolute error). We can obtain optimal ranks for loss functions based on rank positions and nearly optimal ranks for loss functions based on pairwise comparisons paired with highest posterior density (HPD) credible intervals. We compare inferences produced by the various ranking methods, both optimal and heuristic, using low birth weight data for counties in the Midwestern United States, from 2006 to 2012.